What is craft beer? 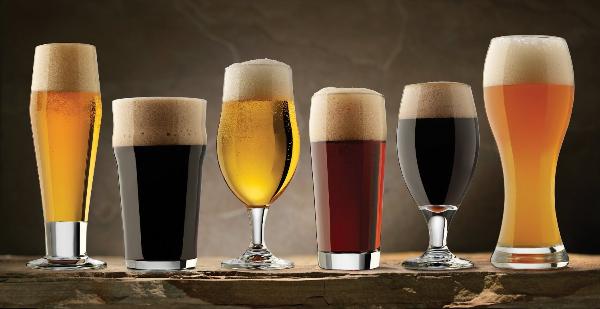 Something that has been a hot button issue for yonks is a definition of craft beer. For me, the idea of trying to work out an ironclad definition is pointless – it means different things to different people.

Over the last few weeks I’ve been running Q&As with brewers who are making a beer for GABS. The last of the same five questions I asked each brewer was ‘‘Finish this sentence, ‘craft beer is ….’’. One of the organisers of GABS, Steve Jeffares, thought it would be a good idea to collate all those answers and republish them.

And damn, that was a good idea. So here are the ways 23 brewers chose to finish that sentence.

If you ask me, what craft beer really means is right here.

‘‘a monster that is out of control.’’.
– Scott Wilson-Browne from Red Duck

‘‘only just beginning.’’
– Neal Cameron from The Australian Brewery

‘‘watered down moose-piss.. Oh wait.. is that craft beer? Or…’’
Jesse Sigurdsson from Mike’s Organic Brewery in New Zealand

‘‘going to have another cracking year of diversity and growth in Australia. I am really excited that GABs is going ‘‘on the road’’ and coming to Sydney. Props to Steve, Guy and all the Taphouse team for having the conviction to make GABs bigger and better.’’
Scotty Morgan from The Rocks Brewing Company

‘‘fun, and should remain fun, there cannot be room for people who take themselves too seriously or are in it for the wrong reason. At the end of the day we are making, drinking and talking about beer, if you can’t make that fun then time to go and do something else.’’
John Stevens, Temple Brewing Company

‘‘the perfect accompaniment to a good American burger, maybe some wings and brisket.’’
Ben Waymouth from Napoleone Brewers

‘‘beer made by people who love other people’s beer too! Beware the craft brewer who doesn’t hook into loads of other beers in a week as wonderful as Good Beer Week.’’
Stu McKinlay from Yeastie Boys

‘‘not to be drunk alone. Unless you happen to be alone then that’s ok too.’’
Bobby Henry from Quiet Deeds

‘‘a bloody good beverage which has all the great complexities, without having to be a snob about it.’’
Jaz Wearin from Modus Operandi

‘‘all about invention. Pushing the boundaries and going after that next flavour profile.’’
Lance Cochrane from Blackhorse Brewhouse

‘‘responsible for most of the beards in the known universe.’’
Scott Hargrave from Byron Bay Brewing Company

‘‘Actually paying the bills! Cass and I are living the dream thanks to this freaking awesome amber liquid.’’
Mike Jorgensen, Ekim Brewing

‘‘my happy place. I love making it, I love drinking it, I love talking about it and I love dreaming up new beers. It is the cause of, and outlet for, all of my inspiration.‘‘
Jayne Lewis, Two Birds Brewing

‘‘and has become too pretentious for me, I have a brewery and I make beer, all beer is crafted!!’’
Richard Watkins, Bentspoke Brewery

‘‘independent and made by real people not brands, fuelled by passion not advertising BS!’’
Wade Curtis, 4 Hearts Brewing

‘‘yummy. Tough to put something more serious about craft beer here. Maybe after several late night in-depth discussions over during GBW15 we might be able to answer this more seriously.’’
Matthew Boustead, 7 Cent Brewery

‘‘the personal expression of a brewer, created for others to enjoy.’’
Ross Kenrich, Bacchus Brewing