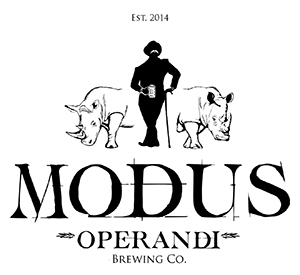 What beer are you making for GABS?
We have just brewed an Imperial IPA with fresh mangoes and pineapple! Pacific North West hops and a huge malt bill for backbone, this imperial IPA packs a nose full of citrus fruit, but is designed to finish light and refreshing. An aggressive dry hop regime awaits!

What’s it called?
The L90. Northern Beaches locals will know what we are on about here. The L90 is the iconic bendy bus that travels from Central Station to Palm Beach and back again. In the early hours and late arvo it takes the office workers in to the CBD, uni students grab it around 10am, mums at 11am and seniors at 12pm. Then it really comes into its own after 9pm when the youngans get on board and get down to business.

Every Northern Beaches local has ridden the L90 and has a story about it. We wanted to salute the local legend and we also know, that after one pint of our L90 Imperial IPA – you are on that bus home!

Where did the inspiration come from?
Our brewer is experienced in big bold beers as his past brewery adventure was the pilot brewer at the big canned, big ABV brewery, Oskar Blues in Colarado. This version is everything that we all here at Modus love about big aromatic IPA’s!

For those who might over-indulge, do you have a suggestion for a post-GABS hangover remedy?
Over-indulging at GABS – no! Really? Well if that is your thing may we suggest a hair of the dog (we have just brewed a low ABV Saison, Tiny Dancer and I have to say – tried it out the other day for the remedy of an over-indulgence and God – did it fix me right up! Accompany that with a breakfast burrito and you are on your way!

Finally, finish this sentence, craft beer is …
… a bloody good beverage which has all the great complexities, without having to be a snob about it.

The Great Australasian Beer Spectapular is at the Royal Exhibition Building in Melbourne on May 22-24 and Australian Technology Park, Sydney on May 30.