Some advice from years of blogging 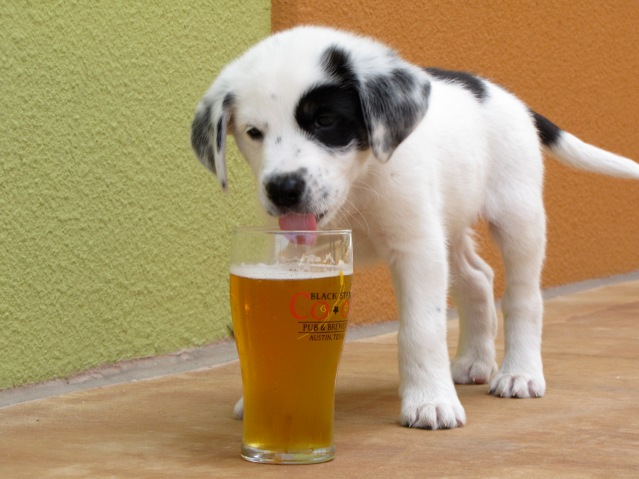 This is a beer dog, you are writing a beer BLOG. Don’t ever get the two mixed up.

Today marks the third birthday of Beer is Your Friend. Yep, I’ve been banging on in this bit of cyberspace for three years. That’s more than 1000 posts, 100,000 page views and more than 54,000 visitors. In other useless stats, Monday is the day I get most hits on the blog. Pity today is Wednesday.

Having done this for a trio of years now I reckon I’m qualified to pass on a few tips for those out there who are looking to become beer bloggers themselves.

Just do it: Instead of just thinking about starting a blog, just start the damn thing. You don’t know what to write? Well, the best way to figure that out is to actually start writing because you can then discover what works and what doesn’t. Three years in and I still have ideas that turn out to be stinkers, so I get rid of them.

Do your own thing: Don’t try and be like me. Or this guy, this guy, this girl, this girl or these guys (go on, click on them all and give them some page views). Find your own voice. Because while there are heaps of other beer blogs around the place, you know what will be different about yours? You. Yep, no-one else has you writing for their blog. That’s your point of difference – so make it work.

What’s in a name?: Don’t get hung up spending ages trying to come up with a name for your blog. Chances are you’ll grow to dislike whatever you choose. To this day I’m ambivalent at best about ‘‘Beer is Your Friend’’ but I’m stuck with it now. However, do make sure the name you pick has the .com address available. And then buy it. I wish I had known that three years ago, which is why this blog is a .org.

Don’t chase page views: Yes, watching a post you wrote get lots of hits is great. But there’s no way of predicting what will send the hit counter crazy. I’ve been spectacularly wrong on several occasions. I was convinced that the series 26 Days of Beer and History in a Bottle would rate through the roof. They didn’t.

On the other hand, posts I didn’t think much of have gone nuts. This one, for instance, which has passed 2500 views since I wrote it in January. And this one keeps on getting hits since I wrote it in October last year. This one  has passed the 3000 views mark. They’re the top three posts I’ve ever written and I didn’t see it coming – for any of them. And if you search for “Uberbrau”, “John Boston beer” or “Crown Golden Ale” these posts are among the first two or three Google returns.

It’s all beer: As the above example shows, don’t ignore mainstream beer. Partially because people are more likely to search for them on Google but also because you’re writing a beer blog. So you should be covering all beer. Not just craft. And give them all a fair shake too – mainstream beer isn’t all bad, and craft beer isn’t all good. 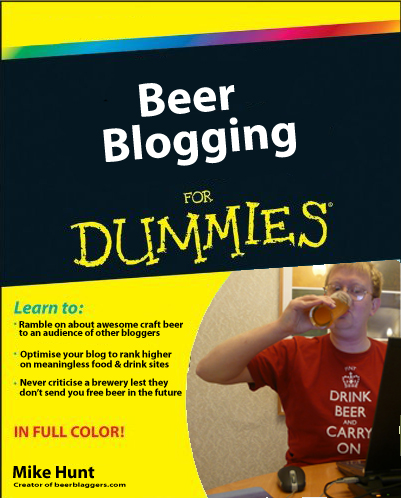 Image totally stolen from the blog Reluctant Scooper. Shhh, don’t tell them nothing.

Post regularly: Establishing a regular posting pattern can help with developing an audience because it helps to let them know when your next piece will be coming out. And if they really like your style posting every week will make them happy because they don’t have to wait ages for the next post. You could, says, post every Monday and Thursday.

Whatever days you choose you can always post more often at times, just make sure you keep posting on those chosen days. Also, it’ll feel a bit like a deadline and maybe make you more inclined to write.

Nothing comes for free: If you want to start a beer blog because you think you’ll be able to scam a truckload of freebies, then don’t waste your time. Yeah, I get some free stuff because of this blog, but nowhere near as much as you might think. And none of it came in the first year.

Don’t be a dick on social media: Use Twitter and Facebook to plug your latest post by all means. But let people find it themselves. Don’t take the scattergun approach where you fire off a series of tweets with 60 Twitter handles in them because your message will appear in their notifications. All that will do is piss off the people at the other end.

If a post specifically refers to someone or a brewery, then using the handle is appropriate. Anything else is basically saying ‘‘Hey, look at my blog…..please?’’

Don’t do beer reviews: ‘‘But I’m writing a beer blog. I have to do beer reviews, right?’’. Well, no you don’t. Look, there are heaps of other places that already do beer reviews – including ratebeer and Beer Advocate. For those who want to know what a beer tastes like, they can go there.

I’m not one of those people. I actually find straight beer reviews really boring – and less than illuminating, given that my taste buds are different to those of the reviewer. You can still write about a beer, but don’t bang on about the colour or the redolent aroma of freshly cut pine tree for 400 words. Tell me a story instead. Where did you try the beer? What made you pick it up off the shelves? Did you think it would be crap? Does the label look any good? Are you really sick of IPA?

Remember what I said above, the point of difference in your blog is you. So write about your experiences.