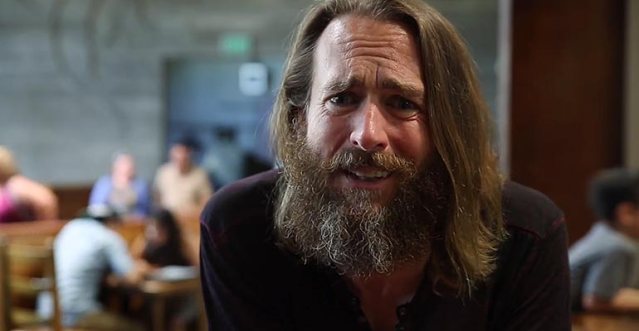 “Come on, guys. I’m telling the truth, this time. Honest.”

Apologies to those that are over the whole Stone indiegogo farrago but I’m writing another post about it. Why? Well for two reasons:

1) I intensely dislike Greg Koch. He’s a little rich kid who acts all counter-culture when it was his daddy’s money – more than $500,000 – that got his brewery built. That ‘‘fizzy yellow beer’’ mantra of his is the worst kind of beer snobbery there is. And, as Liam at Drunken Speculation pointed out, he’s probably a millionaire – a millionaire who has his hand out, asking for money.

2) I don’t like it when someone does something that turns out to be a mistake and then, rather than admit it, endeavours to cover their tracks and be all ‘‘hey, we didn’t make a mistake at all. You just misunderstood us’’.

About two weeks ago I wrote two blog posts calling shenanigans on the bullshit claim from Stone that the indiegogo money was never meant to be used to fund the beer garden. As evidence, I linked to a post from the Stone site that clearly said it WAS being used for exactly that.

I happened to go back to that blog post today and, lo and behold, it’s been completely rewritten. Now it’s all about pre-selling beer. The statements I quoted in my second post have been removed – with no mention that it’s been savagely edited. And yet they’ve left the original publishing date, which makes it appear that what it says now was always the truth.

But, because shit like this annoys me, I did a little digging and found this media release dated July 19 from Stone’s own publicist (quick, check it out before they remove this too). This comes from the fourth paragraph:

‘‘Money raised through the Indiegogo campaign will be used to expedite the construction of the restaurant and garden components of Stone’s new expansion projects: $tone Brewing Co. – Berlin and Stone Brewing Co. – “East of the Mississippi” (the exact location has yet to be determined, but will be soon).’’

It also says this

‘‘Instead of selling equity to a bunch of rich suits to ensure the restaurant and gardens are up and running sooner rather than later, Stone is seeking the support of fans …’’

‘‘While both expansion projects are happening, Stone will enlist the Revolutionaries to help expedite the construction of the award-winning and uniquely Stone environments…’’

Ever get the feeling you’ve been cheated?

By the way, that deal where they said anyone buying a beer would also get staff discounts on merchandise for a day? Well, they’ve quietly stopped offering that as well (thanks, Luke at Ale of a Time for the heads-up). This is even though in Koch’s ‘‘you-a culpa’’ video ( I’d say mea culpa’’, but that would mean Koch was admitting he was wrong. Which he is not doing – we got it wrong) he does not say a word about it being a limited offer.