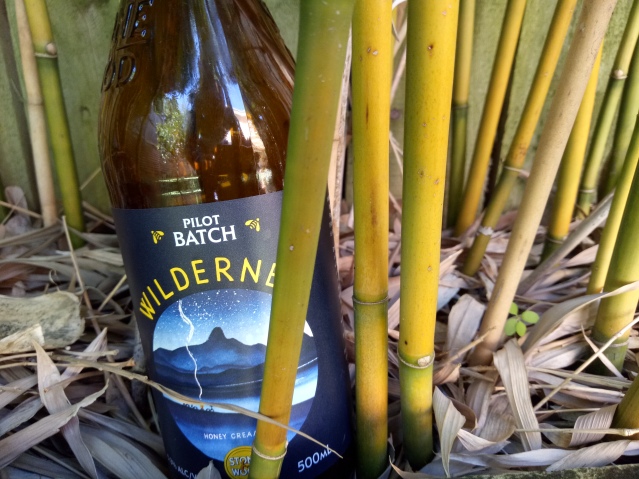 1) It may seem like a stupidly obvious thing to say, but it’s a great thing to get free beer in the mail. Yeah, beer is good. But free beer is better, right? So obvious. But there are times when that is a really, really good thing. Such as when the beer you’ve been sent is one that you might have avoided buying had you just seen it in the fridge at your local bottle shop.

2) That’s what came to mind when I opened up the box that contained the latest Stone & Wood release. It comes out under their Pilot Batch imprint. According to their website, that’s reserved for the smaller, experimental brews that come out of their Byron Bay brewery. Usually, those beers are only available on tap at Byron Bay but – if memory serves me correctly – this one is the first to go into bottles for a wider release.

4) So it’s safe to say I wasn’t expecting to like this beer. As it transpired, I was very wrong – and would have been missing out on something by walking past it in the store. For, while it is made with raw honey, it’s not by any means a sweet beer. In fact, I didn’t get much honey character at all, which may be a sign that it blends well with the other ingredients and so doesn’t stand out.

5) I did get some strawberry notes, which I assume is from the addition of strawberry gum (as long as that native substance actually tastes like strawberries, otherwise I’m going to look like a doofus). There’s also some smoked wattle seeds here (which I didn’t pick up on) and some ginger (which I did). It’s also a much lighter-bodied beer than I expected – I guess with the use of honey I’d imagined it as a bit of a viscous beer. All-up, this is really quite a pleasant surprise.

Free or paid for?: I got a free 500ml bottle in the post, along with a jar of honey. Which my wife and daughter will use. They like honey.