What sort of beer are you making for GABS? 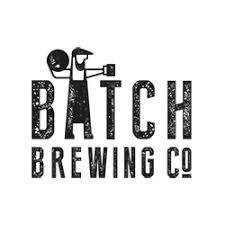 Where did the inspiration come from?
We’ve always been interested in using hemp seeds as they offer a nutty flavour when toasted, and then cascara offers cherry and sultana characters when made into a tea. So the combination we thought could be interesting. Plus, they are both super foods!

Would you still drink craft beer if it was all alcohol-free?
I’d give it a go, but alcohol plays a role in the flavour of the beer and how we brew it so we’d need to investigate what kind of recipes we’d brew or beers we’d want to drink without one of the key ingredients!

What’s the dumbest thing you’ve had someone say to you about beer?
There aren’t any dumb comments when it comes to beer…it’s all about how people experience it and what they think and believe. But seriously, the dumbest thing I’ve ever heard is probably not appropriate to put into a publication.

The Great Australian Beer Spectapular is on in Melbourne on May 18-20 at the Royal Exhibition Building, Sydney on June 2 at the Sydney Showground and ASB Showgrounds in Auckland on June 30.