I can be a sucker for a bargain. Mark something down and I’ll be more likely to buy it, just ‘cause it’s cheaper

Last week I was at my local First Choice liquor outlet (I used to call it “Worst Choice” but that no longer applies because they have lifted their game a bit in terms of what they’re stocking). I spotted a six-pack of the session IPA from US brewery Speakeasy, which I’d had before and really liked.

I might not have bought it had I not seen that “reduced to clear” sticker (see inset). And then this inner monologue started.

Me: Hey, $10 for a six-pack of imported beer. Wow, that’s so cheap – half-price even.
Also me: True but it could be marked down because it’s been sitting there for ages. Let’s just look for a best-before date, shall we?
Me: Oh, stop being such a dick. It’s a $10 six-pack. Ten dollars! What’s not to love?
Also me: Hmm, there’s no packaging date or anything on the box. That’s weird.
Me: Who cares? Ten dollars. Ten frigging dollars.
Also me: But it’s an IPA. If it’s close to the use-by date – or even past it – it won’t taste as good as you remember.
Me: Don’t care. Look at me! I have our wallet! Here I am going to the cash register. Hey, I bought it. For just $10.
Also me: Dick.

And so I get home and crack open the six-pack and I find that best before date. 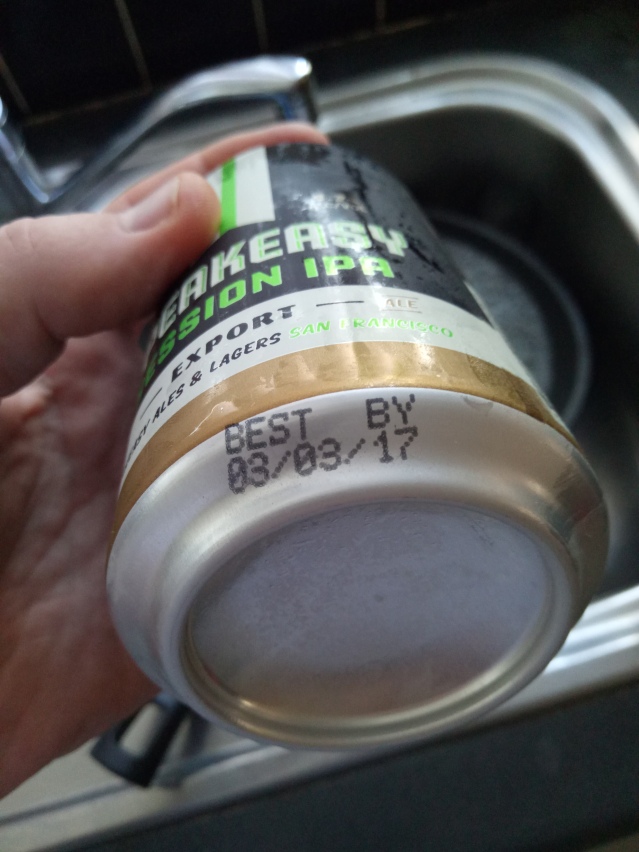 Also me: See? Told you so. It’s barely two weeks inside the best before. Which means it’s already crap, most likely.
Me: Doesn’t bother me – $10. I’m pouring a beer now. (drinks) Oooo, that doesn’t taste too good at all. There’s no fruit flavours and the bitterness is flabby and all over the shop. What am I going to do with the other five cans?
Also me: If you’d listened to me, you wouldn’t have that problem. And you’d have an extra $10 in your wallet.
Me: Shut up.

Tagged as: Also me, best before date, Me, session IPA, Speakeasy

To be honest, I was a bit worried about how this @hockeydadband wine might taste.