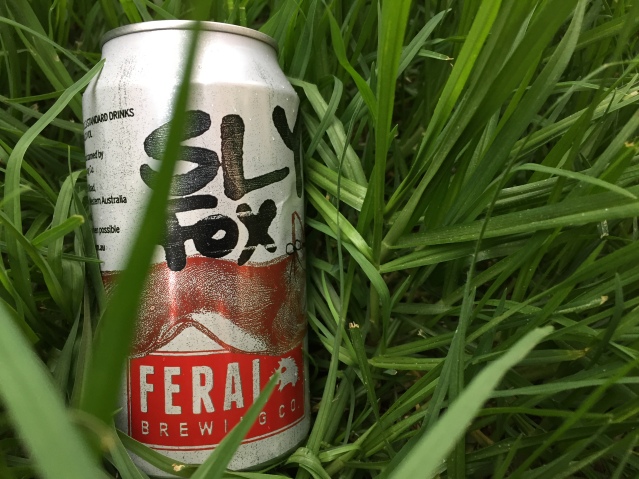 1) You know, maybe, just maybe, there’s actually five ingredients that go into making a beer. Water, hops, malt, yeast and time. No, I don’t mean it in the way the Crown Lager did in their “Time: The Fifth Ingredient” ad (cut to pieces quite nicely by Matt at Brews News here and here).

2) I don’t mean “time” in the sense of how long it takes to make – or lager – a beer. I mean “time” in the sense of the time that you drink it. You can drink a beer on your own on a winter’s night while watching TV and find it a bit meh. But try the very same beer another time on a nice afternoon with friends and it might just taste like a very different beer. Or maybe it was always the same beer but it just works better in the second situation.

3) It’s a frustrating – but also lovely – thing about beer that its effectiveness can be dependent on where and when you drink it. But it’s undeniably true; I’ve mocked the idea of drinking Corona with a slice of lemon numerous times in the past. And yet, there have been times when I’ve had one and, bloody hell, it hit the spot.

4) I had the same feeling with Feral’s Sly Fox. I first tried the beer six or so months ago and, while it was well-made, I couldn’t see what the big deal was about it. Certainly had no plans to ever drink it again. But there I was at Dan Murphy’s earlier this week, with a gift card I got for Christmas burning a hole in my wallet. I spied Sly Fox in cans and figured I’d buy some – because I’m loving beers in cans.

5) It also helped that the day in question was frigging stinking bloody hot. I got home, whacked a few cans in the freezer (yeah, not the beer geek thing to do, but bugger it) and cracked one when it was cold enough. Jeez, it went down well in the heat. Throws some slight melon and passionfruit notes with a smidge of bittterness, but not enough to get in the way of being refreshing. Kinda glad I bought a six-pack of cans too. Because there are a few more hot days ahead.

Free or paid for?: Technically it was free as I bought the six-pack with a gift card someone else paid for. But that person was my mother-in-law, not someone who works in the beer industry, if that makes a difference.