Born to be mild? 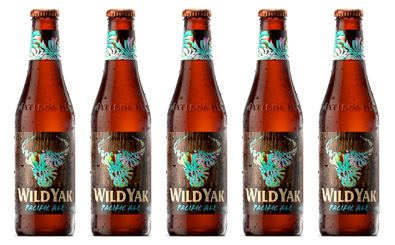 I’m not the first to scratch his head at what the hell CUB is doing with Matilda Bay. This guy doesn’t get it. And neither does this guy either.

The company used the opportunity of GABS to launch a new beer. No dramas there, damn near every brewery there was doing that (soon, there will come a time when a brewery who DOESN’T release their GABS beer will seem like the odd one out).

They released it under the Yak Ales banner, with the Matilda Bay brand nowhere to be seen. Which was weird – you’re at an event that is known to attract beer geeks and yet you totally overlook an iconic brand name in Australian beer history in favour of one that most beer fans are a bit cold on. But I’d guess they’d say the beer geek isn’t their target market. Which is fair enough, except they’re at a beer geek event.

The beer itself? It was called Wild Yak (the bottled version – pictured above – is due out in September). The name suggests it was fermented with wild yeast. But no, it’s just another pale ale. I know because I tried it. And I so desperately wanted it to be good. I wanted it to make me feel like a totally dick for ridiculing the beer on social media (“Wild Yak? I reckon the typesetters were supposed to make that first letter an M but put it upside down by mistake.”) I was already on their side before tasting it – I even bought a goddamn full serve of it. And they let me down. It’s on a par with Lazy Yak – and CUB already has one Lazy Yak. Not sure why they needed another one.

I’m thinking the name arose more from thinking “what word could we tack on the front of ‘Yak’ that works?” rather than “what name describes this beer?”. Yep, it’s more about the marketing then the beer.

And the style descriptor they’ve used – “Pacific Ale”. Yes, I’m serious – the very same tag that is the subject of a legal dispute between Stone & Wood and Thunder Road. Sure, CUB say they’ve gotten permission from Stone & Wood to use the phrase, and they already owned the trademark for Pacific Beverages – but that still doesn’t make this a cool thing to do.

It’s like  Yak Ales is run by a bunch of masochists who really, really, really want people to hate them. So they keep making decisions that are 100 per cent guaranteed to alienate those who care about beer.