What beer are you making for GABS? 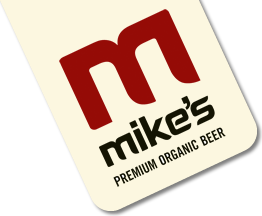 Where did the inspiration come from?
Dylan, the third generation Trigg at mike’s is a huge peaty whisky nut, and not a big fan of really bitter beers, so when we heard of the newly available New Zealand peat smoked malt it was a no-brainer to try and create a big Scotch Ale that would compliment a Peaty Islay Single Malt.

Tell us why you have chosen to brew a Festival Beer for GABS
We’ve been involved every year, love the challenge and would be stoked to be voted as the peoples’ choice beer.

Finish this sentence, ‘‘one thing I would like to change about craft beer is…’’
to make distribution a whole lot easier for smaller brewers.

The Great Australasian Beer Spectapular is on May 20-22 at the Royal Exhibition Building in Carlton, Victoria, May 27-28 at the Australian Technology Park in Eveleigh, NSW and June 18 at ASB Showgrounds, Greenlane, Auckland.

Giving a free Zoom talk Friday week on this true-crime book I wrote in 2019. So that means I have to re-read it to refresh my memory.