Clearing out the Fridge

Clearing out the Fridge – Day Six 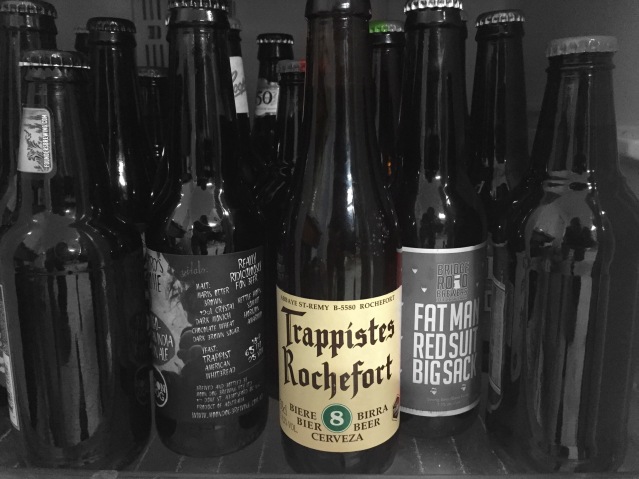 This Trappistes Rochefort 8, I’m sure I bought while I was still on Untappd, because I remember thinking, ‘‘I don’t think I’ve had that one before’’. And that’s usually a thought that is linked to the idea of a unique check-in.

Then, because, it’s a Trappist beer and they’re the beer equivalent of the cockroach in that they will both survive a nuclear war, I left it in the fridge for ages. Trappist beers, especially those high in alcohol (this is 9.2 per cent), take a a certain desire to drink. It’s not a beer you casually pull out of fridge and knock back. You have to think, ‘‘okay, I feel like I want to drink a big Trappist beer. So I’m going to allocate a fair portion of my beer-drinking time to tackle this one beer.’’ But then you chicken but and drink something more approachable.

I finally opened this beer, and was not that pleased about it. It was fruitcakey, which was all right, but also felt really gassy, which was not all right. Despite building myself up to drink this beer, I ended up pouring most of it down the sink because it wasn’t very nice.

Say what?: Christmas is coming and we need the beer fridge to stock the food for the lunch on the 25th. So I’m making space by drinking the beers that are in there. That’s how it is with me.

Categories: Clearing out the Fridge