Can you actually make beer with Vegemite? 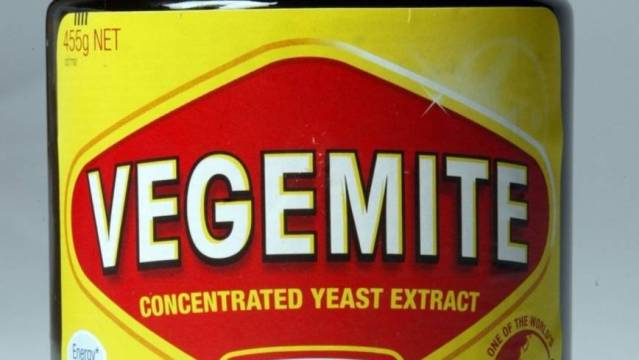 Okay, by now you’ve probably read about the claims that people living in dry communities in the Northern Territory are buying up to 20 jars at a time to make homebrew.

In case you’ve been living under a rock, go read this.

The claims seem to come from the Indigenous Affairs Minister Nigel Scullion, who had spoken of restricting access to “high-yeast” products.

But here’s the thing – as far as I’m aware Vegemite is effectively dead yeast. So I’d say it would be completely ineffective when it came to making homebrew.

And at least one police officer has called shenanigans on the whole thing, saying he’s never heard of it happening. Which leads me to think this whole story is an urban myth.

I know more than a few brewers read this blog and they have a far better knowledge of what is capable of being done. So I ask you, do you know of any way someone could possibly make anything alcoholic with what is pretty much dead yeast and salt?

I know avid homebrewer Paul Mercurio used to make a Vegemite stout, but that was by adding a spoonful of Vegemite to an already-made stout. It was for flavouring, not fermentation.

So come on pro brewers (and homebrewers too) – is it at all possible? Maybe not beer, but perhaps some form of alcohol.

UPDATE: I did a bit of digging and found a number of other reported references to to use of Vegemite to make alcohol. Seems there’s some truth to this latest story. And it’s not at all pretty.

Courier-Mail, July 15, 2010: ‘‘Police are investigating the suspicious homebrew-related death of a teenage girl in the Aboriginal community of Mornington Island … Homebrew is made from a potent mix of Vegemite and apple juice – rumoured by locals to turn hard in the stomach – and it is commonly available on the alcohol-restricted island in the Gulf of Carpentaria.’’

Courier-Mail June 21, 2013: ‘‘[The figures] reveal 102 people have been charged with alcohol-related offences in indigenous communities between October 2012 and March 31 this year … Most offences relate to sly-grogging, illegal home brews (made with vegemite and sugar) and operating illicit grog shebeens.’’

Courier-Mail, May 8, 2014: ‘‘Potent home brews, known as monkey blood, and bootlegging of sly grog are blamed for much of the violence, dysfunction and alcohol-related illness in Queensland’s indigenous towns despite strict booze laws.
‘‘Homemade moonshine – a toxic mix of fermented fruit, sugar and Vegemite – is reportedly sold for up to $50 a litre.’’

The Australian, June 19, 2014: ‘‘Rubbish bins and plastic tubs stand out like beacons in the swamp, full of the potent home brew that has become the staple since grog was banned on the island in 2003.
‘‘A toxic mix — with an alcohol content that can exceed 25 per cent — it is easy to make, with a few litres of fruit juice, sugar and a tub of Vegemite (providing the yeast) left to stand for a couple of days before it is ready.
‘‘Every day, scores of locals — including, sometimes, children — go out into the mangroves and drink until they drop.’’