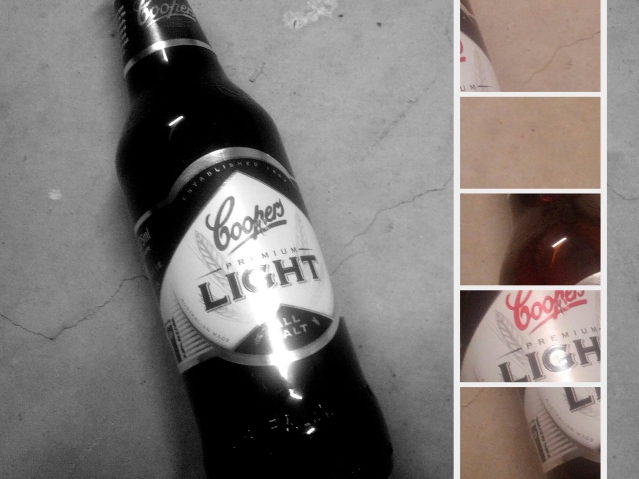 As light beers go this one from Coopers isn’t too bad. At 2.9 per cent it’s still got enough malt in there to give it some body, though some more hops wouldn’t go astray.

These days light beer is very much a market segment but that’s something that really only happened after the introduction of random breath testing. In NSW that happened in the early 1980s and changed the culture – as well as saving hundreds of lives.

These days, the idea of a police car setting up on the side of the road to pull over drivers and check if they’re over the limit doesn’t even raise an eyebrow. But back in the early 1980s random breath testing (RBT) faced some huge opposition – and from some surprising quarters.

Police breath-testing had been around since December 1968 – with a limit of 0.08 (it went down to 0.05 in 1980). But drivers could only be tested after an accident, driving offence or if you were driving so poorly you gave the cop no choice but to pull you over. It was the idea of inaugural Staysafe Committee chairman George Paciullo to test random drivers. It was a move he was sure would reduce the NSW road toll; in 1981, 1291 people died on the state’s roads – a shocking figure from today’s perspective.

READ MORE: History in a Bottle #6 – the Melbourne Exhibition Building

But Paciullo faced an uphill battle to get RBT to a trial stage. Of course, the alcohol industry was against it, crying doom and gloom for pubs across the state. Also, the-then NSW Australian Hotels Association president Barry McInerney, incredibly, saw it as unfair to target drink drivers. “The apparent inaction by authorities in combating the dangerous non-drinking driver is an unfair attack on responsible, sane drinking drivers who pose absolutely no danger on the road,” he said.

Paciullo’s own Labor party included a lot of opposition to RBT and a Newcastle club actually banned several local ALP members from a function in protest. A club spokesman said the limit of “four middies in an hour was an imposition on the working class”.

Pollies over the border in Queensland sniggered. Joh Bjelke-Petersen said “it is not a vote-winner” while his political colleague Don Lane went overboard – “Random breath tests are a fascist or Nazi-style approach”.

Even civil liberty groups were opposed to it because it implied a presumption of guilt over innocence.

But Paciullo stuck to his guns and, with the support of Premier Neville Wran, won the support of Labor caucus by telling them they would have the blood of every victim of a drink-driver on their hands if they did nothing.

After that, he got approval for a two-year trial of RBT, which would start on December 17, 1982 at Parramatta Road in Granville. But it didn’t take two years to start seeing a difference in drinkers’ behaviour – it took about two weeks. A meeting at Randwick Racecourse had the same number of people as the previous year but draught beer consumption dropped by 1481 litres, whisky by 47 bottles and champagne by 84 bottles. The only thing that went up was light beer – by 1129 cans.

A graph from the Centre for Road Safety that charts deaths from alcohol-related crashes (as opposed to all crashes).

In the first year of the trial the naysayers were confronted with some irrefutable evidence – the road toll fell by about 300. A year later, RBT was enshrined in law – a move that would be credited with saving the lives of hundreds of people each year and would be mentioned in the first line of George Pacuillo’s obituaries when he passed away in 2012.