Meet The Beer Media – This is Why I’m Drunk 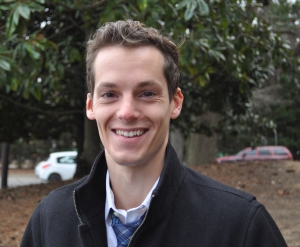 Blog: This Is Why I’m Drunk
Established: Started in November 2011, but I’ve been writing competently for the past two years.

Why do you do it?
I’m fascinated with socio-cultural aspects of life, but it becomes more interesting with a niche topic like beer. There are so many people, behaviors and trends to follow. Set that against the background of an actual business and industry and there will always be stories to tell.

I especially enjoy taking an academic approach to beer, so I’m not just spouting unsubstantiated opinions. I want to use data or research as much as I can to enhance understanding for readers and myself.

But above all else, it’s all stuff I’m thinking about anyway, so I figure I might as well get it down somewhere. Sometimes I’ll even get awarded for it.

What else have you got going on in your life?
Even at my day job, I’m still writing. I work in a communications office at Duke University, where I create print and web content as well as some photography and video production. I used to work in newspapers, but that feels like almost a lifetime ago.

In addition to writing about beer for my blog, I sometimes provide posts for the EC Kraus homebrewing website, where I’ll share insight into homebrew recipes or techniques I feel are important. I’ve been making my own beer for just over three years.

I’m married with no kids, but I do have two cats, which can be enough at times.

What makes you keep writing if you’re not getting paid for it?
Most days at work, I’m writing a lot of copy in one specific format of news style, so starting the blog gave me an opportunity to expand to other writing styles.

My blog allows me to explore anything I want, from creative writing to more academically focused research. I love that I can stretch myself as a writer with no outside influence. I do it for myself as much as the people who read my blog.

What’s one of your blog posts that you like the most?
I’ve really enjoyed a lot of the research I’ve done because I get so invested in the process, but I’m most proud of this piece, which addresses the very real consequences of alcohol use and what that means to me as someone who loves beer.

Alcoholism sometimes feels like a taboo subject for people who are around beer or think about beer all the time, but it’s terribly important.

Whether you think it’s good or bad, just going through the process will help you find your voice and get comfortable in what you want to share. Also, there’s no point in starting a blog if you’re not going to provide content.

The phrase ‘‘craft beer’’ – love it or hate it?
I understand its purpose, especially as a marketing term, but I don’t go out of my way to use it to put greater emphasis on one beer or degrade another. Most often, I find myself using the term “craft” when talking to people who aren’t as invested in the industry as I am, because it’s a social qualifier to some, and that’s fine.

One thing that still surprises you about the beer scene?
The creativity of brewers. It’s no surprise that boundaries are being pushed every day, but I’m constantly blown away by new options that pop up almost daily. I recently had a stout called Indra Kunindra made by San Diego’s Ballast Point that was made in the mold of Indian food. It was incredible and something I never would have considered.

And one thing you hate about it?
That women are still fighting for solid footing – whether as consumers or as part of the industry. I know this is not unique to beer, but it’s emphasized because beer has a background that traditionally has skewed male in many of its aspects. I’m still thrown off by breweries that rely on sexual puns or graphic labels that can be degrading to women. Why would you dare to upset an entire consumer demographic for a laugh?

I wrote a series last year about expectations, gender and beer that made me think hard about the place of women in beer and how we might perceive them.