A month without alcohol

Yesterday a lot of people had their first beer since January 31.

That’s because it was the end of Febfast – where people give up alcohol for a month to youth and family support initiatives.

Despite the fact that the definition of the word ‘‘fast’’ does not specify any specific food or drink, the promoters of this charity have targeted alcohol. They’re not asking people to give up things like fast food, coffee, sugary soft drinks or confectionery – nope it’s just alcohol they’re picking on. 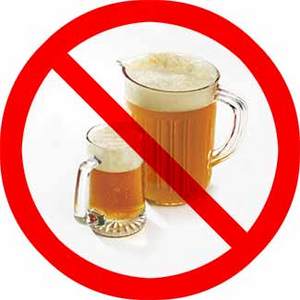 And they’re not alone – this is just one of three alcohol-free months. We’ve also got Dry July and Ocsober. While I don’t like the idea of these alcohol-free months on principle (which I will get into later) I have a particular dislike for Ocsober.
Firstly there’s that ‘‘oh-so-clever’’ name. Do they even realise that the word ‘‘sober’’ does not mean abstaining but rather ‘‘not affected by alcohol’’? So do they get that you can still drink alcohol and remain sober? So do they then understand that their ‘‘oh-so-clever’’ name is completely stupid?

There’s also that reference to the need to ‘‘detox’’ – a concept science debunks time and time again. Our liver and kidneys do a perfectly fine job of ‘‘detoxing’’ – the idea you need to do it yourself by giving up something is just rubbish. And don’t even get me started on their suggestion that you ‘‘get help from experts’’ by seeing a naturopath. Huh? A naturopath? A naturopath isn’t an ‘‘expert’’.

The real problem I have with these alcohol-free months is that they send the message that there are two options – drink heaps or nothing at all. Swearing off alcohol for a month just demonises the stuff and makes it out to be a far, far greater problem for the average person that it really is.

If you’re worried about alcohol use then surely a much better – and realistic – message to be preaching is the responsible consumption of alcohol. Surely an approach that preaches moderation rather than abstinence is a more effective path to creating long-term change in drinking habits.

So if you’re worried about your alcohol intake, then just drink less. Don’t cut it out, just drink less. And do it right now. Don’t sit there and wait for some month with some ‘‘oh so clever’’ name to take action. If it bothers you, start today.
Unlike all those people you went from not touching alcohol in February to drinking again in March, taking the approach of moderation is likely to last for more than a month too.