Three of the best breweries in Australia 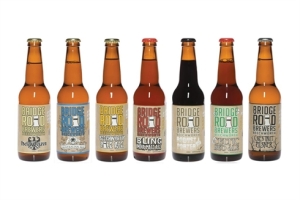 The Bridge Road range with the aroma-riffic Beechworth Pale Ale third from left.

When it comes to a brewery’s output, it’s pretty safe bet that you won’t like it all.
Maybe they do an ordinary lager, maybe they do a bland pilsner or an IPA that tastes like it’s infected. By and large, there’s going to be at least one of their beers that you don’t like, or even loathe intensely.

I’m even talking about treating a visit to their brewery like a kid would a trip to Willy Wonka Chocolate Factory (if, you know, that chocolate factory was real and Willy wasn’t a weirdo creep).

It’s an even more surprising turn of events to discover three such breweries. All of which, sadly are in Victoria while I’m in NSW, which makes a Willy Wonkaesque visit rather unlikely.

The first of them is Bridge Road Brewers in Beechworth. When I started to write a beer column in the newspaper I work for, I sent out a mass email to every brewer I could find online asking for them to send me stuff to review. I honestly thought the general response would be, ‘‘go away, you freeloading scab’’. But it wasn’t. One of the people who responded was Ben Kraus from Bridge Road, who sent me a rather large box full of his beers. Now, receiving a box full of beers is always going to make me happy, especially when they’re this good.

It included the fancy Chevalier range, which comes in a champagne-style bottle (the idea being sot you could order it at a dinner and share it with someone. And also have it looking great on the table). The beer in the box I remember most fondly was the Beechworth Pale Ale. I poured that beer in a glass and sat there smelling it for ages, so entranced by the aroma that I was in no hurry to drink it. 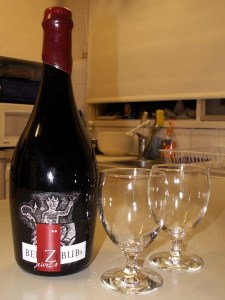 Another brewery not to call me a freeloading scab was Holgate, in the Melbourne town of Woodend (which is near Hanging Rock, presumably a site unoriginal people choose to have a picnic). They sent me a box of their core range and, while I loved their stuff, there were a few I absolutely loved. Like everyone else with functioning taste buds, the Temptress chocolate porter blew me away – it was like drinking a chocolate pudding. It is truly a dessert beer. And then there is the Hopinator, a double IPA made before double IPAs were cool. I had one on tap at a pub in Newcastle at Christmastime and it was absolutely wonderful.

Then there’s their recent decision to release previously hard-to-get beers in 500ml bottles. So now I can try the awesome Road Trip US IPA and the massive imperial mocha porter that is the Empress. And any time I happen to be near a growler filling station that has a Holgate I haven’t tried on offer, it’s a certainly I’ll be getting one filled up – how else would I try their UXB or Gruit Expectations (an intriguing beer inspired by the ye olde tradition of using herbs and spices as flavours before hops became popular. More than just a historical experiment, the beer tastes ‘‘gruit’’ too (yes, apologies for that crap joke)).

I’m yet to try Beelzebub’s Jewels, the oak-aged Belgian-style quadrupel. That’s because I’m still not at the stage where I can feel entirely cool with spending at least $70 for one bottle of beer. Maybe I’ll luck out one day and be at someone’s place when they happen to crack open a bottle.

The most recent of this trio hasn’t sent me anything in the mail (but I live in hope, I live in hope). It’s Temple Brewing down in Melbourne. The funny thing is I put off trying their beers for quite a while, because of some weird prejudice

I could tell you this is the Temple Brewing Soba Ale label…but you’ve probably worked that out already.

against their labels. I’m not even sure what it was about the labels that I disliked, but there was something about them that made me think the beer wouldn’t be too good.

Yeah, I can be real stupid sometimes. Because I overcame that prejudice and found some awesome beers. Their Bicycle Beer is filled with tasty, delicate fruit flavours, the Smoked Weizen is odd but very tasty and the Soba Ale manages to both make the soba flavour a feature and also blend it into the beer. And I’m hoping that I’ll stumble across a bottle of their Scarlet Sour some time soon because I’m sure that will be awesome too.

And those Temple labels? I now think they – and the accompanying paper strap that runs over the bottle cap – are very elegant.

First time participating in November, but I'm quite over the facial hair now. Not sure if it will last to November 30.