Beer of the Week – Vale Ale 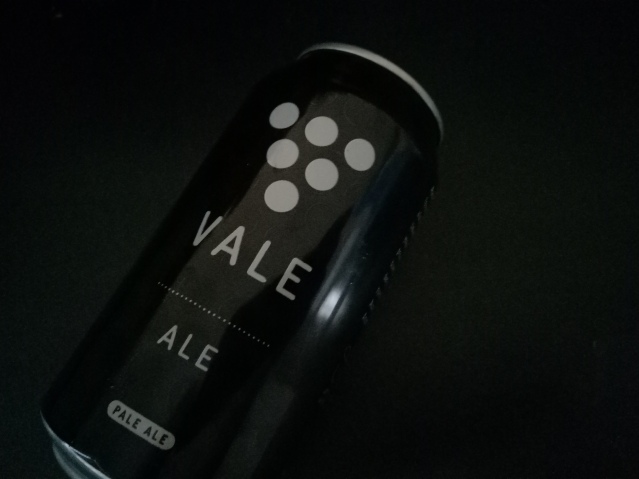 1) I’m old enough to remember a time when Vale Ale was hard to find. These days it’s almost as common as, say, Pirate Life or Young Henrys (both of which are probably now even sold at hardware stores and doctor’s offices).  But that triangle of dots wasn’t all over the place around three or four years ago. Oh yeah, some bottle shops stocked it, but there’d be no certainty your local drive-through would have it.

2) That gave it a bit of cachet, made it a bit special. Back when “craft beer” was still so new there were bearded hipsters who hadn’t heard of it, the Vale Ale seemed a little bit fancy. Well, at least it did to me. Of course the elegantly simple label and logo didn’t hurt. In bottles it looked elegant and sleek, it reeked cool. It’s an effect that’s amplified in the canned form, where they can ensure the whole package is black. Some beers are so good I like to look at them in the glass before drinking them. With Vale Ale, I like to admire the can even before the beer goes anywhere near the glass.

3) It’s the same with the other cans. They’re all different colours – red for IPA, blue for lager, brown for amber. While I’ve never actually seen the beers in a beer fridge or bottle shop shelf, I’m sure they would really stand out.

4) Back when the craft beer scene was still fairly small, this was quite a go-to beer for me. It was a time when good beers were hard to find and this was one of the easier ones to locate. Once I’d found a place that stocked it, I’d make semi-regular trips back there to buy a six-pack. And when someone turned up to the house for a BBQ and they brought some of this with them, I was quite pleased.

5) But the funny thing about the beer palate is that it moves on, it develops. And so beers that you once loved can seem a bit ordinary when you go back to them. Vale Ale is one of those – there’s nothing wrong technically-speaking with the beer it’s just that I’ve tried so many others since the old days and it doesn’t quite do it for me. I’d still recommend it as a beer for someone just starting out on the godo beer journey. But for me, I reckon Vale Ale has become the “beer you opt for a pub when the choice is largely dull and mainstream”.

Free or paid for?: The Bickford’s Group – who bought Vale Brewing last year – were kind enough to send me a mixed four-pack of cans.