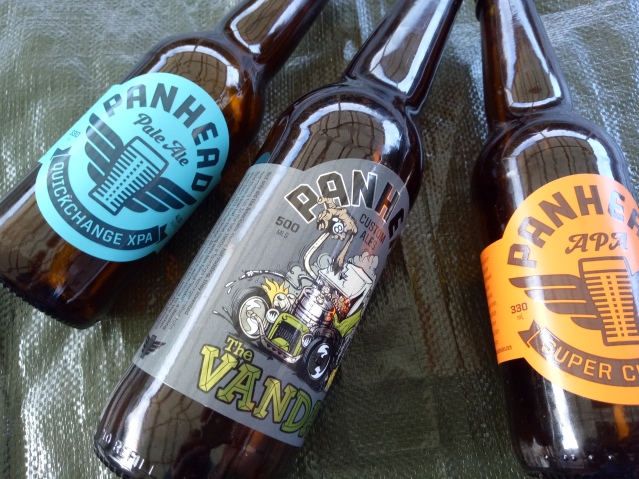 1) It’s funny, isn’t it? You hear about a beer that everyone’s raving about on social media, but you can’t find anyone in your neck of the woods who stocks it. So you covet it massively, grinding your teeth in angry jealousy at all those people in other places who are drinking up all that beer.

2) And then, one day, you find a place that stocks it. And you’re happy. So you buy a six-pack and take it home. You open a bottle, take a sip and then you go “meh”. Because it’s nowhere near as good as you expected. So you never buy it again.

3) Well, that’s why I call the Panhead Experience. The New Zealand label was hyped up the wazoo several years ago but I couldn’t get any. Until I could and found it to be pretty flat in terms of flavour. In hindsight I reckon that’d be because the beer I bought was from a big box chain with a less-than-impressive interest in storing beer properly, and so it was damned old.

4) I have the ability to use hindsight now after having tried a few Panhead beers that are actually fresh. The top of the list was the Supercharger with its delicious fruit bowl aroma (if that bowl was comprised of mainly oranges) and some long, long bitterness at the back end. You know that feeling where you finish a beer and immediately wish you had more of it? That’s what I felt when my glass was empty.

5) I also tried The Vandal, which I thought would be a dark beer because of the grey label, the dark bottle, the small writing and me not wearing my glasses (so I couldn’t read the words “NZ IPA” on the label). It has less overt fruit characters than the Supercharger and, while I did quite like it, I reckon it did suffer from being compared to the awesomeness of the Supercharger. The Quickchange XPA was pretty good too – like a less amped version of the Supercharger.

Free or paid for?: All three bottles were 100 per cent free, sent by a PR company.