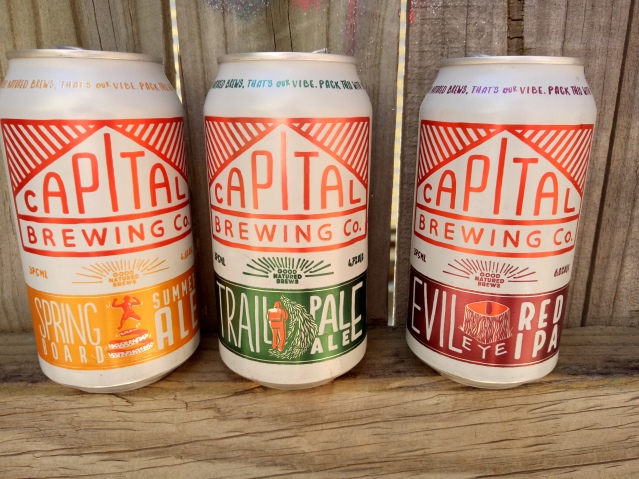 1) Having in-laws in Canberra means we tend to visit the “bloody cold in winter, bloody hot in summer” nation’s capital once or twice a year. So I’ve had a vested interest in the growth of good beer there for quite some time. And it has grown in the time since my wife and I have been together.

2) Once upon a time, it was pretty much the Wig and Pen and bugger-all else in terms of breweries, bars and bottle shops. And I never got to go to the Wig and Pen anywhere near as often as I’d have liked. And how often would I have liked to go? Every bloody time we were in Canberra. But it was a small, poky venue and I don’t think my wife – aka “designated driver” liked the place that much.

3) Now there seems to be another brewing company popping up every year. The wife’s favourite is Bentspoke, which makes it easy for me to get to go there (“hey, you like Bentspoke, right?”). And I like it there. Which makes it harder to check out some of the other places, because I usually only have one “let’s go to a brewery” card to play on each trip.

5) But I’m not going to do that. Not because it’s bad but rather because their Trail Pale Ale is f..king phenomenal. I don’t often buy a case of a single beer, but this is one I would easily make an exception for. It throws some delicious pine aromas and follows through with juicy piney and citrus flavours. The malt is strong enough to stand up to the hops and it also leaves a thick mouthfeel that made me think it packed a little more alcoholic punch than the stated 4.7 per cent. The name’s got something to do with hiking, but if you’re drinking this at the end, my advice would be to scrap the hike and crack one of these open instead.

Free or paid for?: Free. Someone at Capital said “hey, we like your blog, can we send you some beer?”. Like I’m going to say no to that.