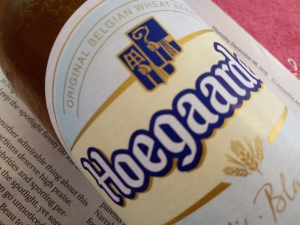 1) This week the long-running industrial dispute between CUB and the 55 workers it punted ended. The workers did have jobs to go to but they were with a contractor who would pay them less. So for almost 180 days, the maintenance workers protested at the gates. And they won, with CUB coming to an agreement with the unions and issuing a statement that “all picketing workers have been invited to return to work at their previous positions at the Abbotsford brewery on fair and decent union terms and conditions, which provide job security to the workers.”

2) Along with the end of the strike came the end of the boycott of CUB products. This prompted comments from some along the lines of how they were already boycotting CUB before the strike because they made shit beer and they would continue to not drink them. I said something along those lines, but it was very much tongue in cheek.

3) Because the idea that the beers made or owned by CUB are all crap is quite simply wrong. Perhaps some people need to acquaint themselves with exactly what comes out under the CUB banner. That’s the brewery responsible for Abbotsford Invalid Stout and Sheaf Stout – both of which are fine dark beers indeed. They also have the Matilida Bay range, which includes the award-winning Alpha Pale, Redback and Dogbolter.

4) They also are the ones bringing in Leffe beers from Belgium. Hard to see how any beer geek could say those beers are crap. You might be choosing not to drink them because they’re owned by CUB – but that’s a very different thing to claiming them to be crap.

5) They also ship in Hoegaarden, a beer I will brook no criticism of in terms of crapness. It’s a lovely, lovely beer. Light and refreshing with the flavours of spice and orange peel, it’s a beer that’s great at any time but especially so in summer. But if you’re boycotting CUB, you can’t drink it. Sucks to be you.

Free or paid for?: I bought a four-pack of this. Before the CUB boycott was called off. I am a bad, bad boy.