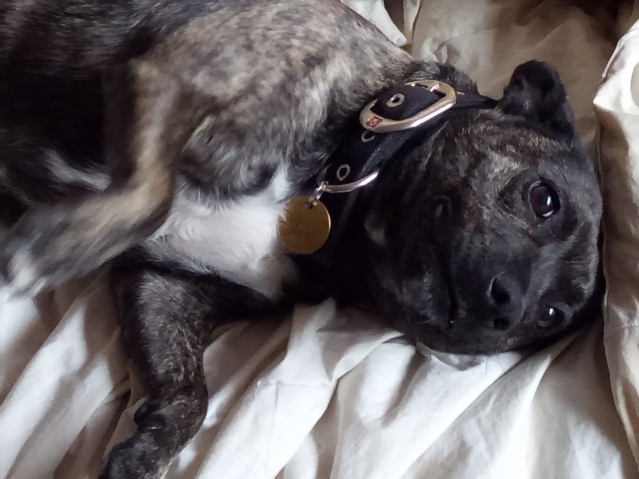 This is the family dog. She’s allowed in the house, but Brew Dog isn’t.

Just over a year ago, I wrote a post about how Brew Dog was like Rik from The Young Ones (kids, ask your parents). Both like to see themselves as edgy, as rebellious tough guys, when in reality they’re very much the exact opposite – and total poseurs as well.

Up to that point, while I had a passionate hatred of the Brew Dog wankery, but I was still buying their beers. Because they are good beers. However, that post made me think. There I was kicking Brew Dog while happily drinking their beer. Hypocrite much?

In some ways that’s been easy because there are stacks of great beers out there so it’s not as though there’s a lack of non-Brew Dog options. In other ways it’s been hard. Especially around this time of year when they usually put out their Hoppy Christmas beer. I have very fond memories of that beer and to say I miss it wouldn’t be much of a stretch at all.

But I still can’t give Brew Dog my money.

I bring this Brew Dog boycott to light because of the latest piece of pissfartery from the brewery. They are gambling their supporters money. And I mean gambling quite literally.

(UPDATE: I had a link to the page with the info but the contents has now changed, as you can see from from this updated link. It seems the “powers that be” don’t like businesses taking advantage of people so blatantly.

So here’s a video instead where they explain the whole stupid idea.

You ask me, if Brew Dog can gamble away cash like they are truly not short of a dollar. Not even close. You go ask your local brewery whether, if an investor gave them money, they would risk losing it on a spin of a roulette wheel. I’d bet the answer would be no.

What Brew Dog is doing is taking people for a ride.

A ride I chose to get off a year ago.