Being sneaky with beer

Okay, as a beer geek, I tend to buy a fair bit of the stuff. Certainly more than I really need. Because, when it comes to buying beer, it’s a want, not a need.

Sometimes I worry I might have spent a bit too much. Such as this Stone Anniversary four-pack I picked up recently – which you can see to the right. How much was it? Not telling because I’m still a bit ashamed I coughed up that much for it. 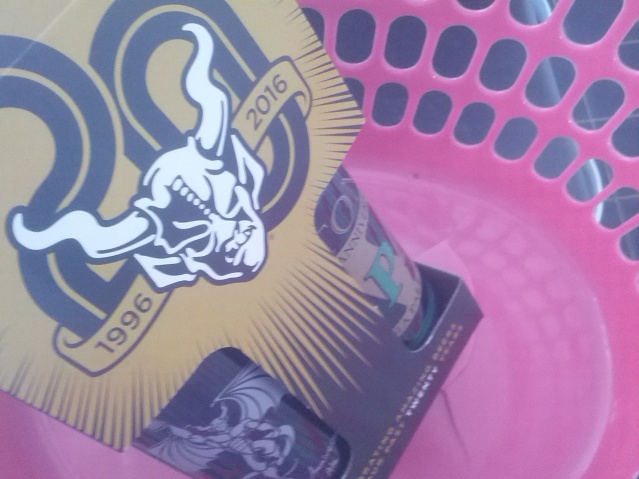 When that happens, I need to go into stealth mode. I need to figure out how to get it in the house without the wife getting suspicious and worrying about the cost. With this one, I decided to say it was a freebie that was sent to me out of the blue – that’s one that works from time to time.

Another trick I’ve used are waiting for a day when I know I’ll get home first. That means I can quickly sneak the purchases into the house and hide them among the already-bought beers. If it’s bin night, I’ve left them in the car and then brought them in through the side gate after the bins have been put on the curb.

I’ve also left them in the car until my wife goes upstairs and then zipped out and zipped them back in.

What follows all of these moves is a surreptitious hiding of the six-pack or other packaging underneath other recyclables.

These tactics work – I’ve never been busted sneaking stuff in. Or maybe I have and my wife isn’t really that bothered by my beer purchases.

Tagged as: sneaking beer into the house, Stone Brewing