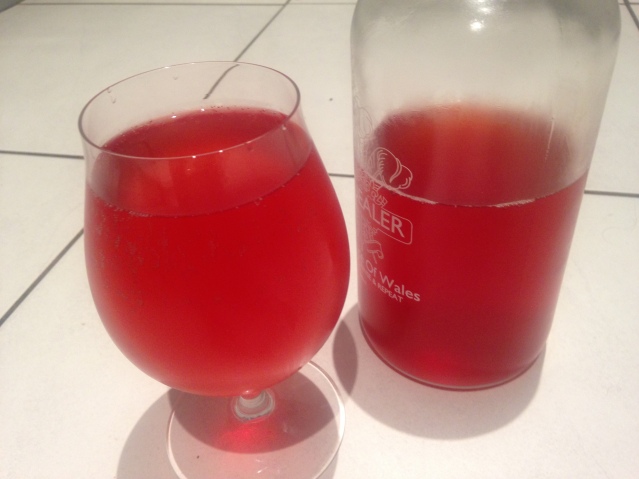 1) Is it possible to have a beer made at one brewery considered a collaboration? Because that’s sort of what happened with the raspberry lambic from the Illawarra Brewing Company. In November 2013, brewers Shaun ‘‘don’t call me Sean’’ Blissett and Ashur Hall put the lambic into four chardonnay oak barrels. And then they left Illawarra Brewing for other places.
Their replacement, Chris Sewell, tasted three of the barrels last month and decided to blend them together and add 70kg of raspberries. So that means this is a beer made by current and former brewers at IBC – you see, it’s sort of a collaboration beer. Just with the added bonus of a two-year gap.

2) This isn’t the first of those lambic barrels to be tapped. A few months ago, Sewell transferred one barrel into kegs and brought it out as The Inheritance. That one didn’t need any tinkering, but the raspberry lambic did. Of the three remaining barrels Sewell tasted, one was too tart and the other two too young. So he had the bright idea to blend them together, figuring each one would fill out what the other was missing. Then he decided to add the raspberries for a bit of sweetness.

3) Sewell didn’t mix together the whole 900 litres and add 70kg of raspberries straight away. While he thought it might work, he figured it wiser to make a nine-litre test batch to see how it turned out. And it worked, so here we are.

4) I’d had The Inheritance and don’t remember too much about it. So obviously it didn’t leave a great impression. The raspberry lambic, however, is a very different beast indeed. While not professing to be any sort of lambic expert, this is the most complex one I’ve had. It starts out tart – almost eye-wateringly so, before the raspberries come in through the middle and bring some sweetness. Then there’s a vinegar-like action at the back end and the whole thing finishes really dry. I’ll go so far as to say this is now my favourite Illawarra Brewing Company beer.

5) I picked up a squealer of this mid-week and loved it so much I’m going to have to get back there to fill up a growler. So don’t drink it all on me guys.