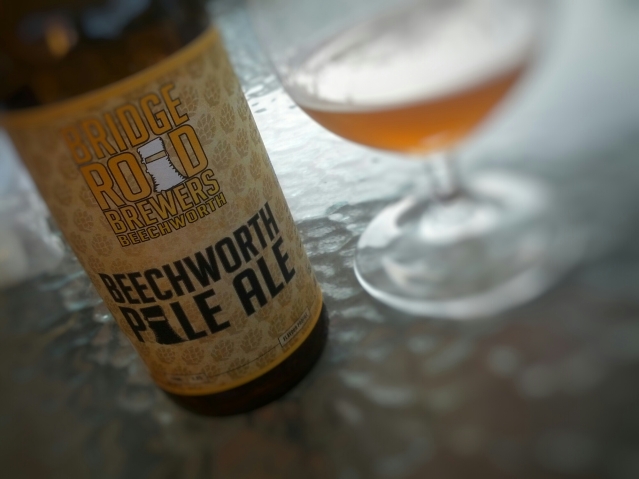 One thing I’ve realised in this month of just drinking Australian beers is how many of them I overlook for the other 11 months of the year. I see them on the shelves and fridges of the various bottle shops I frequent, but I never pick them up, instead looking for something new and different.

Ask me which Australian beers were good, I could name them. I just didn’t drink them. Kind of like the beer geeks bemoan the way CUB is screwing up Matilda Bay even though they haven’t bought any of those beers in ages. So this week is dedicated to the overlooked beers – those that I don’t pay enough attention to.

First up is Bridge Road Brewers’ Beechworth pale ale. This forms an important moment in my beer journey. When I was starting out as a reviewer, Ben Kraus from Bridge Road sent me some beers, including this one. To this day I vividly remember sitting on my lounge at home and being utterly gobsmacked by the aromas the beer in my glass gave off. For the first – and still only – time I delayed drinking the beer for a minute or two because I was so bewitched by how it smelled.

Back then it was a really hard beer to find, so I didn’t get to drink it that often. By the time it started turning up in BWS stores I was well on my beer journey and too distracted by the new beers I had to try to go back to the Beechworth pale. My earlier self would have been shocked that I had access to six-packs of Beechworth pale and wasn’t buying them.

Sure, I do get them in my quarterly Posse Pack, but even then, they’re among the last beers I drink, choosing the newer, more limited beers in the box (yeah, I’m such a whore for new beers).

When I did sit down with a Beechworth this week, I have to say I was a little disappointed. That bewitching aroma was gone. Sure, the reality was I’d smelled heaps of fruity and aromatic beers in the interim so that aroma was always going to be less impressive, but still, I swear it smells different (change in hops maybe?). There is some nice passionfruit flavours and light bitterness in what now seems just a nice, tasty easy-drinking pale ale. I still like it but it doesn’t wow me like it used to.

Though I’m sure my old self would think I’m a total idiot for thinking that.