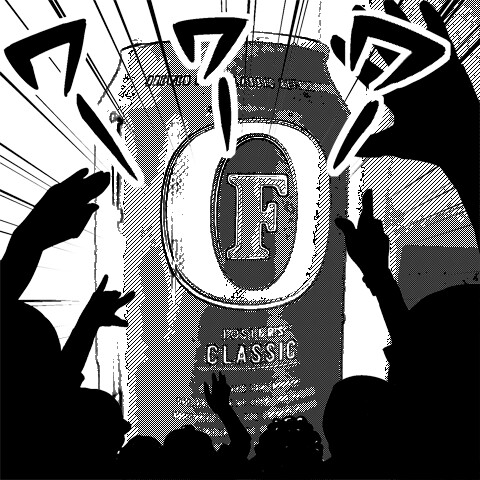 So what do you do when you have a beer reviled in its home country? Well, you release another beer under the same name to sell to the people who dislike the other one so much.

Sounds like madness, you say. Well, I think it might be some crazy sort of genius. The beer in question is Foster’s Classic Lager, which began appearing in shops over the last week or so.

It’s not the same beer as the old Foster’s Lager that beer people snigger at (though not I. I reckon it tastes better than some of the other macro lagers). It’s got a 4 per cent ABV compared to the original’s 4.9 per cent and it tastes like it.

In a side-by-side comparison I found the Classic to be thin and a bit watery, and couldn’t see how anyone would choose it over the 4.9 per cent. Well, anyone who doesn’t live in Europe, where Foster’s is a 4 per cent beer (and most likely the same beer now marketed here as ‘‘Classic’’).

And I reckon they’ll get a choice because it seems the Classic isn’t designed as some sort of New Coke marketing suicide attempt. That’s a guess on my part because there is a startling lack of information about Foster’s Classic online – not even the CUB website gave it a mention when I looked earlier this week. And an email enquiry and phone call earlier this week didn’t get any response. Search Google for ‘‘Foster’s Classic Lager’’ and the top responses are all from Dan Murphy’s, virtually the only place you can by the beer.

Anyway, you can still buy the 4.9 per cent Foster’s in Australia, at the First Choice Liquor chain for instance. And I reckon the two versions will be both be available – for the time being anyway.

But why is it genius to launch a second beer when people hate your first? Well, what have they got to lose? It’s not as though the name would be any more damaged here should this new version of Foster’s stink up the joint. For the brand in Australia, the only way is up, really.
And maybe, just maybe, they’re looking to capitalise on the anti-beer hipster backlash. You know – to make some point that hipsters are dickheads about beer, they’ll drink the shittiest beer they can find.

Yeah, I don’t get it either.

Still it wouldn’t be that different from beer geeks who do stupid shit like drink PBR out of some sense of irony. ‘‘Yeah, I don’t actually like this beer. I’m drinking it to make a statement’’. Hey, maybe CUB are hoping Foster’s becomes the Australian answer to PBR. If that’s the case, they’ll need to put the beer in bigger cans.

And maybe put the original Foster’s in those cans, because the ‘‘Classic’’ really doesn’t come close to living up to that word.