I’ve known Darren since back in the day when he was just a beer blogger. Now he’s launching his own beer. He’s all growed-up.

Number 2: Gizmodo – The Science of Non-Alcoholic Beer
Ever wondered how they make non-alcoholic beer and why it always tastes bad? Well, read this and find out.

Number 3: Brew Hui – Taking It On The Chin
Jason had such high hopes for his beer when he entered it in a homebrew contest. But the judges’ scores were hard to take. For a while anyway. And he’s right about feedback – we only want it if it’s going to be good.

Number 4: This bottle opener from Hallmark 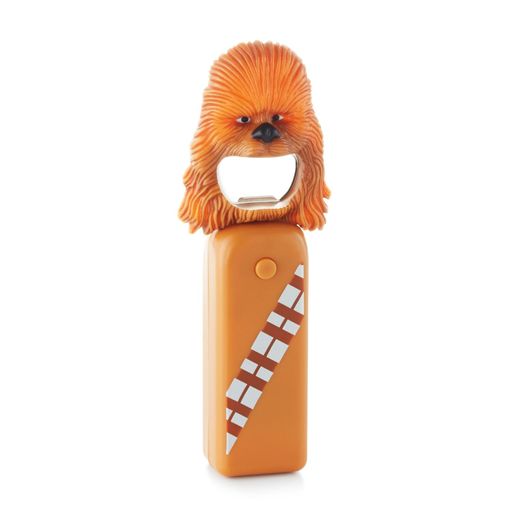 If you’re a sci-fi geek who has to have this, check it out here. It even plays a Chewbacca roar as it opens a beer.

Number 5: Techly – Can Beer Be Made Like Your Coffee? New Product Tries Hops Via Barista
Did you understand what this is about from that headline? Nope, me neither. What it’s talking about is a espresso coffee-like device that will filter beer over hops. Yeah, just like a randall. But this story seems to think this a new thing.