The truth about those bland US beers 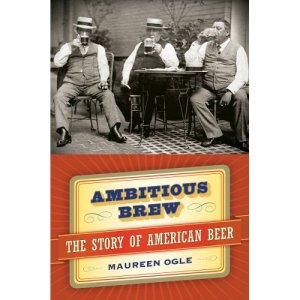 Chances are you’ve heard the story about US mega-brewers like Anheuser-Busch made their beer as cheap as possible through the use of adjuncts like corn and rice, then forced the drinking public to buy their swill.

One of the many great things in Ogle’s book is that she shows that story is far from true. For starters, when brewers like AB began using corn or rice, it was actually more expensive that barley. It was used so they could get the quality of beer they desired.

And as for forcing the drinking public to buy their swill, it was actually what the public wanted. In the postwar era, processed foods became big as consumers wanted an easier life and didn’t want to spend ages making everything themselves. High in sugar and salt, these foods were very bland. And so the US palate of the 1950s changed to one that disliked a lot of flavour, and they turned away from beers that were too bitter or too hoppy.

In response the brewers worked out how to give the public what it wanted – a beer without much flavour. So if you want to blame anyone for bland beer like Budweiser, blame the consumers.

This is just one example of how Ogle looks to the broader picture to tell the story of beer. In some respects it’s a social history of the US centred on beer. It traces the history of American beer from the early years – starting at 1844 – through to the early years of the rise of craft beer. Along the way she shows a great ability as a storyteller, rather than someone just combining a load of facts they uncovered in their research.

The result is a book that is a pleasure to read and one that any beer geek has to own. There have been a few books written in recent years about the craft beer movement but none of them are anywhere near as good as Ogle’s effort. Makes me wish she’d update it with the craft beer years.