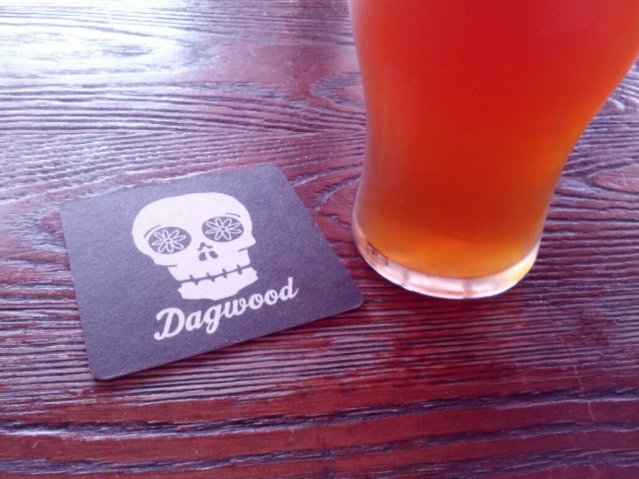 For a long while, I’ve written off Dagwood as a place to avoid if it’s good beer you’re after. In fact, on one of the occasional old man pub crawls I’d take part in, I chose not to drink anything when we got there. I had it pegged as a place full of hipsters who love to choose between taps like Kirin, Hahn SuperDry and James Squire 150 Lashes. Or, if they’re feeling daring, will opt for some bottled watery Mexican lager because it’s imported.
And so I gave the place a wide berth. But a recent visit, has forced me to alter my opinion – and do so quite happily. Sure, it still feels quite hipsterish – I seem to be the only guy there without any facial hair – but the beer has improved quite a bit.

Yep, they still have Hahn SuperDry on tap (I’m not going to dis them for leaving that on – Wollongong is the sort of beer market where you still have to offer a mainstream alternative). But now they have a swinging tap and, when I visited they had 3 Ravens 55 American Pale Ale. I assume it was a leftover from their July 4 party but still, I don’t know of any other bar in town that has ever tapped that beer.

A look at the beer fridges behind the bar gave up Hop Bomb and Alpha Queen from Boatrocker and even some Yona Yona Ale from Japan. In terms of beer, Dagwood has gone from a place that had nothing I wanted to drink to a place that forced me to choose between several beers I wanted. And that’s a good thing.

On the recent visit, I also opted to try their food. I’d heard it was good but, because of my previous dislike of the place, figured it would be over-rated. Nope, I was wrong. I got a hot dog – because they tag themselves as a bar and hot dog joint. I figured I was going easy on them by picking the food they stake their name on. Surely, that would mean they make a decent hot dog.

Yep, they certainly do. It’s a pork dog, with wasabi mayo, fried onion and some spring onion on top. You know when you have something that’s so tasty you immediately want to order another one? Well, that’s how I feel about this hot dog.

It’s also kind of how I feel about Dagwood. I want to go back there – and soon.