As I’ve said before, I like books as much as I like beer. I make a habit of ducking into bookshops and buying a book, even though I have more than enough books sitting at home that I have yet to read. So many that I’ve got shelves I call the “to read” shelves because they’re stacked with stuff I bought but haven’t read. And probably won’t get around to reading, unless I live to be 673 years old.

Obviously that book glut includes books about beer – as evidenced by this picture  of a “to read” shelf I took last month. 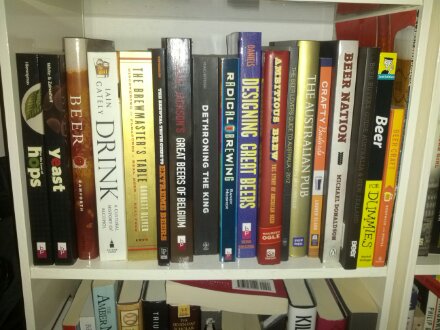 There’s  18 unread beer books in that photo – but that’s not the only shelf of “to read” beer books. There’s this one too. 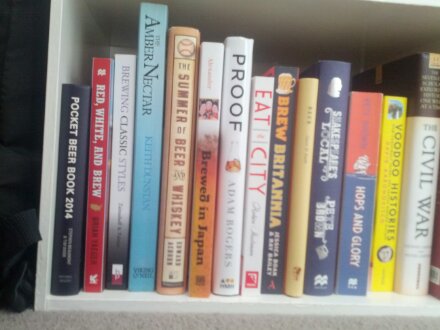 So that’s 12 more, for a total of 30 unread beer books. But lets not stop there…I also have a Kindle. Take a look at what’s on that. 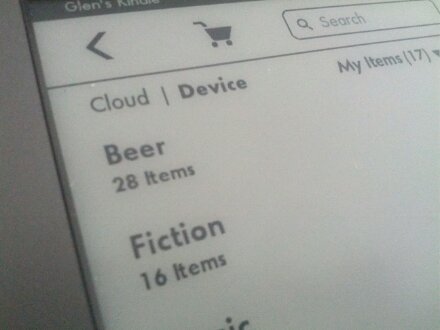 Yep, 28 books – all of them yet to be read. Which makes for a grand total of 58 beer-related books that I’ve bought but not read. That’s why I decided late last month to make an effort to make a bit of a dent in that figure. Which I have – I’ve now reduced that tally by a whopping three books.

Just 55 to go – at my reading pace I should have them knocked over in a year’s time. As long as I don’t get distracted and choose to read some other book that isn’t about beer.

First time participating in November, but I'm quite over the facial hair now. Not sure if it will last to November 30.