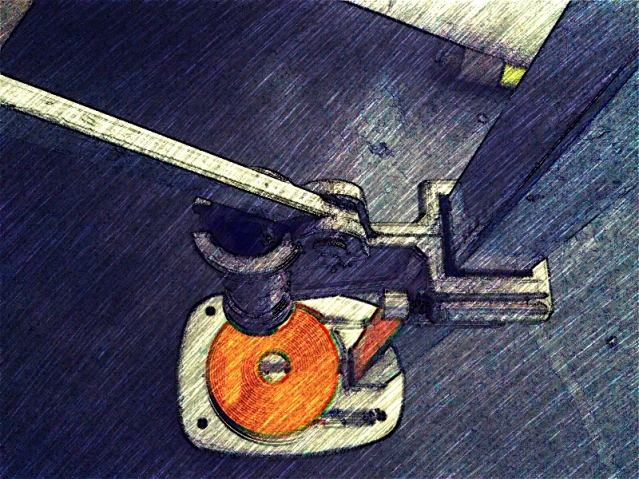 What you’re looking at is my bench capper, which I use to put the bottle tops on my homebrew. It was last used about two weeks ago to cap my latest batch – a quick and easy extract using the WilliamWarne Belgian Pale Ale can. I chose to call the beer Droughtbreaker because I made it a few days after my beer-free February.

Capping those longnecks of Droughtbreaker will be the last time it’s used for quite a while indeed. It’s not like I’m giving up homebrewing altogether – I think when you really get into beer, homebrewing just becomes part of what you do. I’ve got ideas for things I want to make; for instance I’d like to dabble with a small-batch hop series – making smaller batches using the same base but just adding different hops to see what they taste like. Or maybe doing a small-batch yeast series.

I reckon the latter would be easier as it would mean I’d only have to use one pot to boil the wort and then split it into two fermenters. A hop series would require two pots, splitting the results of the mash into them and then starting the boil.Anyway, the reason for the break from homebrewing is that I don’t really need to make any more beer.

I’ve been making beer faster than I’m drinking it. I reckon I’ve got the equivalent of two full batches sitting at home waiting to drink me. Some of those have been there for at least eight months now, which is a good indication of my homebrew-drinking speed. Add to that my new-found desire to keep off the beer on weekdays and a preference to drinking store-bought beer (in part because I paid more for it than for my homebrew) and that beer I fermented under the stairs).

I came to this realisation about halfway through the beer’s fermentation. Sure, it’s a realisation that would have been better to have before I’d gone to the homebrew shop and bought all the ingredients because it would have saved me the hassle of bottling. Ye Gods, washing, sanitising and filling bottles is a huge pain in the arse.

So much of a pain in the arse that I actually toyed with the idea of tipping the beer down the sink. Yep, all 20 litres of it. The only thing that stopped me was the thought that it might actually turn out to be a really good beer. I have no reason to think this will happen – the hydro samples didn’t taste phenomenal but you never know.

But for the moment, the homebrew bottles will be gathering a bit of dust.

Read this last year and loved it so much I'm reading it again. The best Beatles book I've ever read.