Not bowled over by Warnie’s beer 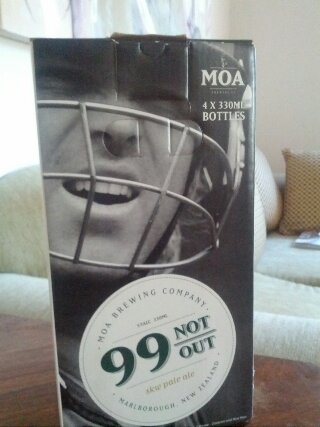 Oh God, there are so many reasons why I don’t understand the Moa-Shane Warne beer collaboration.
I don’t get why MOA, a New Zealand brewery, would team up with Warne – an Australian cricketer, to make a beer. Aside from the obvious publicity orgasm it has already created (and this post would be included in the aforementioned orgasm).
I mean, wouldn’t a New Zealand brewer be better served by working with a New Zealand cricketer to make a beer? Maybe a Hoppy Hadlee or Lance Cairns Lager. Or even Underarm Bowler (tagline: ‘‘it leaves a bad taste in your mouth’’).
But no, they’ve joined up with Warnie for 99 Not Out – which is a ‘‘SKW pale ale’’ apparently (that’s Warnie’s initials, by the way). Another thing I don’t get? Why a man best known for spin bowling, a man who at one stage held the record for the most number of Test wickets, has his batting skills commemorated in a beer.
The name refers to a Test innings against New Zealand where Warnie was caught off un uncalled no ball while on 99 runs. Still, that name effectively focuses on an instance of failure – where he DIDN’T score a century. As the box a four-pack comes in (yep, it comes in a BOX – presumably that packaging wasn’t chosen as some super-sly pun on an item of cricketing protection) ‘‘the beer made by Shane Warne to celebrate a century he didn’t’’. Weird.
Then there’s the very idea of getting Warnie to slap his name on a craft beer. Maybe Warne is quite a craft beer fan but that’s not the public’s perception of the man. For most he’s a bit of a bogan – a guy more likely to knock back a slab of VB than anything else. Presumably most people who are Warnie fans are also not craft beer drinkers (and I hope that doesn’t seem snobbish) so I’m not sure they’re really going to buy this in droves.
My punt is that most of the purchases will be novelty-driven – just like mine was. They’ll buy a Warnie beer once to see what it tastes like and then probably never buy it again. I know I wish I’d just bought a single bottle rather than that 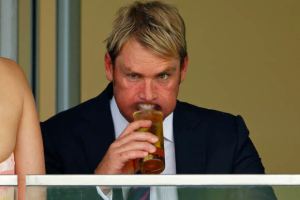 boxed four-pack. Despite it being described as a ‘‘sessionable pale ale’’, it’s not really the sort of beer I’d like to drink more than one of during summer. For me, a sessionable pale ale should be light, perhaps a bit fruity and nicely hopped. The bottle I poured seemed a bit thick, a bit syrupy and had a flavour that had a bit of spice and a bit of mineral. It certainly didn’t leave me feeling refreshed – or wanting to drink another one either.
And this isn’t a review driven by some smug Warnie-bashing (or Moa-bashing either). As regular readers know, I don’t care about the back story of a beer if it tastes good. Nor do I care about trumpeting a beer that certain beer geeks deem ‘‘uncool’’.
So if 99 Not Out was a beer I liked I’d be more than happy to say it. But it simply isn’t.