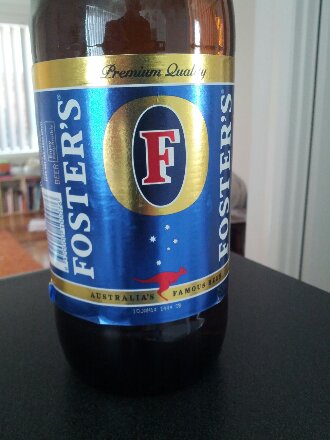 Even though I’m a New South Welshman, I’ll start in Victoria because it’s the home of perhaps the most iconic Australian beer (note that “iconic” does not necessarily mean “good”). I’m talking about Foster’s, the answer you’d likely get if you asked people in other countries to name an Australian beer.

While looking into the history of this beer, the first thing I discovered is that the beer’s name is grammatically incorrect. There were actually two Foster brothers, which would mean that any beer named after them should be called Fosters’, not Foster’s. It is possible that the beer is named after the brewery itself, rather than the brothers, which was called The Foster Brewing Company.

According to Keith Dunstan’s book Amber Nectar, William and Ralph Foster started the brewery in November 1888 and released their first beer in February 1889. Amusingly for a beer that would become an Australian icon, the Foster brothers were American, having arrived in Australia from New York in 1887.

Australian beer was at the time of Fosters’ arrival “sweet, dark, flat, heavy and warm”. Totally unsuited to the Australian climate. Others had gone down the lager route in Australia before and failed but it seems the Fosters succeeded through a mix of quality control and savvy marketing. They brought with them a brewer who had studied in Europe and spent up big on a new brewery.

On the marketing side, they gave a free supply of ice to every hotel that took Foster’s and launched the beer during the hottest time of the year. Interestingly, the brothers were only in business for a year – they sold up in November 1889.

In 1907, The Foster Brewing Company united with five other Melbourne breweries to form Carlton & United Breweries (aka CUB). While Foster’s continued to be made, it didn’t begin to dominate until the 1970s, with the help of the film The Adventures of Barry McKenzie. The film’s title character was a crass Australian stereotype who drank Foster’s all the time. For the movie CUB donated loads of Foster’s and, when the film was released in Britain and became a hit, it established Foster’s in the UK and Europe more broadly.

In the US it was exported in a large can, which Americans thought resembled an oil can. That created some interest and the fact that, by the late 1970s, Australia was the flavour of the month in the US, saw Foster’s stocks rise over there.

Funnily enough, for a beer that is recognisably Australian all over the world, it’s actually hard to find in Australia. I only stumbled across a long neck of it by chance when I was in a Wollongong bottle shop. I hadn’t tried it for more than a decade but had my impressions inflated by the negative image it has in Australia. But trying it, I found it wasn’t as bad as I expected (mind you, I expected it to be pretty bad). There’s a slight fruity aroma and, on the tongue, there’s an even more slight flavour of fruit with a tinge of sweet malt.

While I did pour the second half of the long neck down the drain because I didn’t like it enough to finish the bottle, it’s easy to see why it’s a success in other countries – it has a slight smidge of flavour but not so much that it would get in the way of you downing a few in quick succession. And the positioning of it as an imported beer wouldn’t have hurt either.