Some notes on Fat Yak 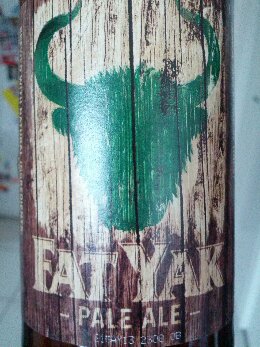 Here’s some short notes on Fat Yak, a beer from Matilda Bay that has polarised craft beers like no other from the brewer. Well, at least until they released Minimum Chips (a beer I like, by the way).

I first had a Fat Yak about three or four years ago and rather liked it. Okay, I really liked it – a fact that I have to admit because I reviewed it for the newspaper so there’s a record out there that I thought it was great.

Not that I’m ashamed of that at all. I’m not some historical revisionist who like to pretend that they never like beers they actually drank six packs of (another confession? I used to drink Toohey’s Extra Dry because I thought it was really cool. And this was years before that infamous “tongue” ad too).

I actually remember Fat Yak as a wonderfully fruity number that everyone should rush out and buy right now. I may have even said that in the review I wrote.

But it’s funny how things change. I had one tonight and I’ll be damned if I could find any fruitiness at all. And I remember there being bag loads of hoppy fruitiness in there. All I got was some rather uninspiring malty sweetness. Clearly my palate has developed to the point where what was once a loud riot of flavour had become less than a whisper. And yet there are other beers I first had a few years ago (including Matilda Bay’s Alpha pale ale) that still stand up, that still appeal.

Yet, while those beers don’t seem to have changed, Fat Yak certainly has.

Would I drink it again?: Look, I’d definitely pick. Fat Yak over any beer that falls in that stupid “premium lager” category. And it’d likely be my go-to purchase at a craft beer desert that is a suburban bottle shop. But give me the choice between this and some other craft beer and I’m going with the latter.