Forgive me for being late to the party (I was on holidays last week), but I’m going to write about that Jim Koch article now.

Come on, you know the one. The one that started with him tearing into the beer list at some bar, claiming half of them were too crap to be served, made an employee cry and then trouped down to the keg room to check out the freshness of his kegs.

You don’t know what I’m talking about? Really? Then you must be the only beer geek who hasn’t read the story. Either that or you arrived here through Googling ‘‘Uberbrau’’, ‘‘cleanskin beer’’ or ‘‘John Boston beer’’ (staggering how much traffic those stories get).

Anyway, no matter which camp you’re in, here’s a link to the story. It’s worth a read.

Don’t want to read it? Well, here’s the story in a nutshell – ‘‘I’m Jim Koch, I started Sam Adams and I’m now shitty that craft beer bars won’t put my beer on tap. They should, because I’m Jim Koch for Christ’s sake!’’. 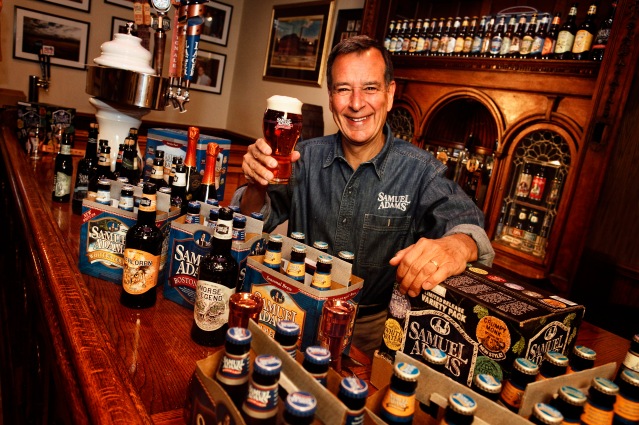 Yeah, Jim is pissed off. He gets no respect. Kids today don’t know good beer if it came up and bit them on the arse. They’re all hop whores.

The thing Koch doesn’t seem to get is he has become what he once opposed. Back when he started, his beers were competing with the bigger breweries for space on shelves and fridges and on taps. They were the establishment and he was the young upstart.

Guess what, Jim? Now you’re the establishment. You’re the guy whose beers are apparently in hundreds of bars in Boston. You’re the guy taking up space on fridges and shelves and on taps.

You’re the guy the current crop of brewers are railing against, the guy who made the beer their fathers drank.

Just like you don’t expect young people to listen to the music or watch the films of 30 years ago over what’s now available, it’s just dumb to think they should drink beers that have been around for two decades.

Times change, Jim. If they didn’t no one would have switched to Boston Lager three decades ago.

Score - $5 from Coledale markets. Another one for the growing compilation album collection.